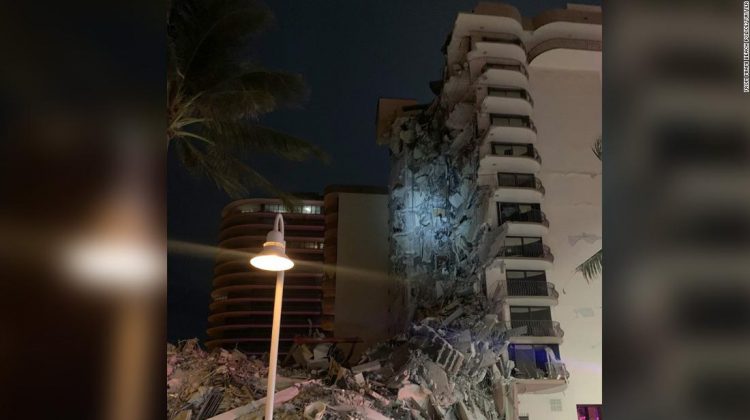 Miami-Dade Commissioner Sally Heyman said, as of right now, 51 people who were assumed to have been living in the partially collapsed part of the building have not been accounted for.

Heyman told CNN those people have “not either called out or had people call in to reach them.”

Emergency officials are asking people to call 305-614-1819 to report that they are safe or for family members to report their relatives missing.

The commissioner said it is not clear if all 51 people were in the building when it fell because of “vacations or anything else, so we’re still waiting and unfortunately the hope is still there, but it is weaning.”

Heyman said crews have completed searching and are now shifting to recovery efforts. She said fire rescue and first responders have gone entirely through the building that did not fall, and the part that was partially compromised.

“The rest of the search and rescue efforts has been done by man power on the outside, search on the barrier quarters, also with drones and with dogs. It has shifted now or started to shift to recovery,” she said.

She said about 40 people have been evacuated, according to their records. Some of them were helped by other people, she said.

But, Heyman said crews are in “pause mode” right now because of a thunderstorm that has moved into the area.