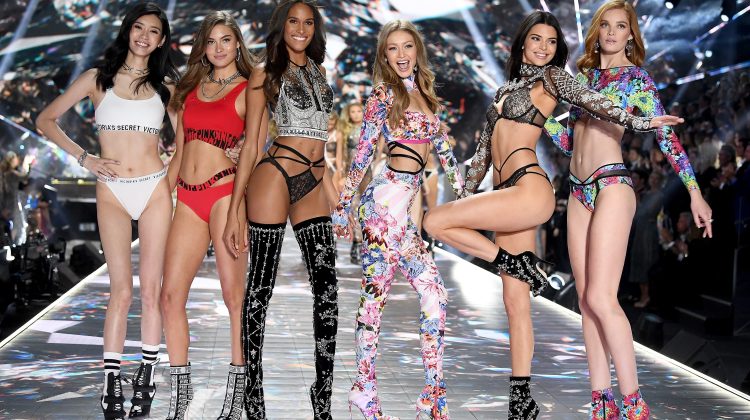 Ahead of Victoria’s Secret splitting away from Bath and Body Works later this summer, L Brands announced additional steps it’s taking to revamp its brand image.

The lingerie brand has been criticized in recent years for a lack of inclusivity and its slow response to changing consumer attitudes. Les Wexner, the company’s former CEO, also came under fire due to his ties to the late Jeffrey Epstein, who killed himself while in jail facing sex charges. Wexner has since stepped down from the company he founded, and he no longer serves on its board.

But shares of L Brands fell more than 4% on Thursday, amid selling in the broader market, after it outlined its next steps. L Brands stock has risen about 70% this year, putting the company’s market cap at nearly more than $17 billion.

In a research note, UBS analyst Jay Sole predicted that the Victoria’s Secret comeback will be sustainable. He expects U.S. sales next year to grow to its 2016 peak of $7.8 billion. The consensus estimate places next year’s sales at around $6.7 billion, he said.

In addition to failing to evolve the brand to keep up with consumer tastes, Sole said Victoria’s Secret made other missteps between 2016 and 2019 such as ending distribution of its catalogue, which hurt consumer engagement; exiting the swimwear business and overly focusing on price promotions as sales slowed. The company has since reduced promotions and has reentered the swimwear business.

As the company embarks on the next leg of its strategy, it will need to strike a balance between maintaining its current customers and bringing in new ones, which can carry some risk.

Here are five steps L Brands announced late Wednesday that are aimed are continuing to stoke its growth:

Out with super models, in with accomplished brand ambassadors

Victoria’s Secret was notorious for its “Angels,” who posed in all the brand’s marketing and were showcased at its annual fashion show. That is all going away as it phases out all of its Angels’ imagery. In its place, will be new brand ambassadors the company has selected for their activism and accomplishments.

The retailer is kicking off what it is calling the VS Collective with partnerships with seven women who will appear in ads, promote its products on Instagram and advise the brand on products and messaging. Some of these women include soccer star Megan Rapinoe, actress Priyanka Chopra Jonas and champion skier Eileen Gu.

What they all have in common is how outspoken they are about women’s empowerment. It is one way Victoria’s Secret is trying to signal it has changed.

The company put in place a new top officer last year and named three other new executives to help turn the lingerie brand around.

Martin Waters has been Victoria’s Secret’s CEO since November. He is backed up by a new chief human resources officer, executive vice president of North America store sales and operations and chief design officer of Victoria’s Secret lingerie.

Before he was appointed, Waters was the head of the international division of the company since 2008.

A majority female board

When Victoria’s Secret becomes its own publicly traded company later this year, it will be led by a board where six out of the seven directors are women, including its chair.

The board also will be very independent with only two members coming from within L Brands ranks.

Some of the directors come from retail and consumer backgrounds including Irene Chang Britt, former president of Pepperidge Farm and senior vice president, global baking and cnacking at Campbell Soup, and Lauren Peters, former chief financial officer at Foot Locker.

Donna James, managing director at Lardon & Associates, will be the chair of the board.

The one man on the Victoria’s Secret board will be Waters, its CEO.

The biggest change of all is the shift from being a store that tailors to what men want to what women want. This in and of itself was one of the biggest critiques the company was receiving.

New models that look more like the retailer’s customers are a start, but Victoria’s Secret still has a lot to prove to shoppers in order to grow its market share again. The company is going to be working on changing its messaging to be more inclusive.

It will launch a podcast with its new brand ambassadors to give them an opportunity to talk about their experiences and what their partnership with the brand will look like.

The company is also partnering with Pelotonia, an organization that raises funds for cancer research, as it launches The VS Global Fund for Women’s Cancers in order to further research for women’s cancers.

New products to include mastectomy, nursing and maternity bras

The brand’s first Mother’s Day campaign this year showcased its first pregnant model. This is only the beginning, according to the New York Times. The company plans to create products geared toward mothers as it tries to widen the scope of what is considered “sexy.”

Victoria’s Secret is also going to start selling nursing bras, maternity bras and mastectomy bras. This was a segment of the market Victoria’s Secret had left untapped because it didn’t fit the brand’s previous imaging, Waters told the New York Times.

Rapinoe and Chopra Jonas are working on new product lines that will be launched next spring, according to the Times report.

A wider variety of sizes is also on the way. Paloma Elsesser, one of the new brand ambassadors, was the first plus-sized model to appear on the cover of Vogue. She will be lobbying for the company to increase its sizing to XXXXXL, she said to the New York Times. The company currently carries up to 42G in bras and XXL in nightwear.

L Brands did not immediately respond to CNBC’s request for comment.

Disclosure: Comcast is the parent company of NBCUniversal and CNBC.